Share a memory
Obituary & Services
Tribute Wall
Read more about the life story of Helen Cassandra and share your memory.

Calumet: Helen Cassandra Barclay Haapala, 72, went to be with her Lord and Savior Jesus Christ on Saturday, November 19, 2022 after a courageous battle with cancer.

Cassandra was born in Chattanooga, Tennessee on February 28, 1950 to Haynes Eldred Barclay and Lola Marie Stone. Growing up she traveled to many cities and states including Tennessee, New York, California, and Hawaii. In 1968 Cassandra came to Calumet and became the step-daughter of Ron Bianchi who passed away in 1978. She then became the step-daughter of Paul Marjamaa who passed away in 2005. She always felt like a Yooper, the U. P. was always in her heart.

Cassandra was a fierce advocate for animals, working with several agencies over the years and taking in hundreds of neglected birds, fish, dogs and cats, giving them a safe and happy home. Cassandra had a kind heart. Her saying was “Remember you wouldn't want to be caught dead without Jesus.” She was a loving wife, mother, grandmother, great-grandmother, daughter, and sister. She was a member of Northwoods Christian Assembly Church in Calumet for 15 years under Pastor Kenneth Toth.

At the request of Cassandra, there will be no funeral services or visitation at this time.

The O'Neill-Dennis Funeral Home in Hancock is assisting with the arrangements. To leave online condolences for her family, please go to www.oneilldennisfh.com.

To send flowers to the family or plant a tree in memory of Helen Cassandra Barclay Haapala, please visit our floral store. 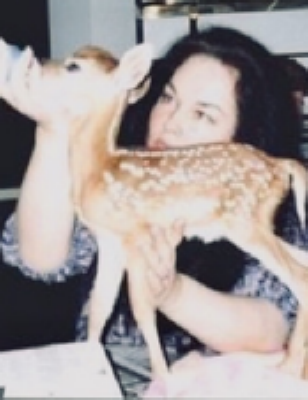 Family and friends are coming together online to create a special keepsake. Every memory left on the online obituary will be automatically included in the book.

You can still show your support by sending flowers directly to the family, or by planting a memorial tree in the memory of Helen Cassandra Barclay Haapala
SHARE OBITUARY
© 2023 O'Neill-Dennis Funeral Home. All Rights Reserved. Funeral Home website by CFS & TA | Terms of Use | Privacy Policy | Accessibility