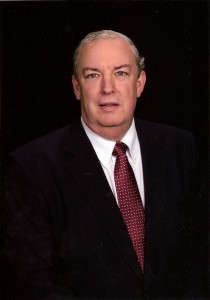 Mark Dennis, the manager of the O’Neill-Dennis Funeral Home, was born in Hancock and after several years moved to Ripley. He attended Hancock and Ripley schools, graduating from Hancock High School in 1970. After attending Michigan Tech for 3 years, he transferred to the University of Minnesota, graduating with distinction with a Bachelor of Science degree in Mortuary Science in 1976. He was an apprentice for Bob O’Neill at the O’Neill Funeral Home for a year, worked with Bob for several years, and bought the business in 1985. He has owned and operated the business since that time with the assistance of his son, Jeff (who owns the Pearce Funeral Home in Lake Linden).

Mark and his wife, Joy (Barkell) have raised their 3 sons (Dan, Jeff, and Matt) locally, living in Dollar Bay and Hancock since their marriage in 1973. They enjoy spending time with their 7 grandchildren, especially at their shared cottage at Little Traverse Bay.

Mark enjoys model railroading as a hobby and a means to display local history, and whenever possible vacations are planned around train travel. He also enjoys plowing snow around the funeral home and for friends and neighbors during those long winter months.

Mark served as Captain of Equipment for the Hancock Volunteer Fire Department. He serves on several local community boards including the Hancock Housing Commission, the Quincy Mine Hoist Association, and local Salvation Army board of directors.